TV Show Your Face Sounds Familiar - S 6
This show for transformations is being broadcast on Nova TV and continues to have an incredible success across all seasons. 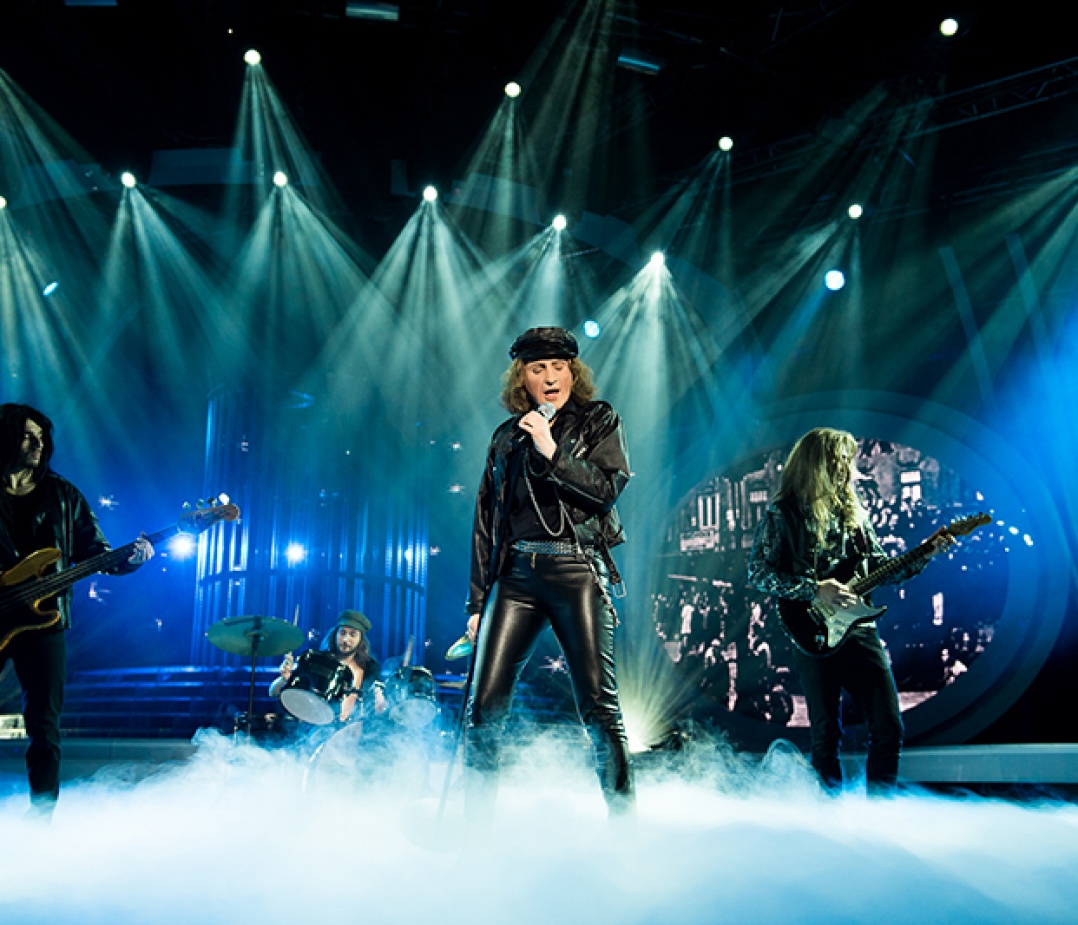 Global Films, a subsidiary of Global Group, is the producer of Endemol’s local version of the format Your Face Sounds Familiar (or its local title Like Two Drops of Water).

The unique show for transformations in Bulgaria - Your Face Sounds Familiar returned on NOVA with its sixth season from February 26th, at 8:00 pm and ended on May 28th.

The show has become the number one entertainment show for the past six years for Bulgarian viewers, with the sixth season marking the most incredible success and reaching 43% average audience share in its first episode for the season and 50,5% for its finale in the commercial target audience of 18-49.

Anchors of the show are the popular comedian actors Dimitar Rachkov and Vasil Vasilev – Zueka.

For 13 live episodes, celebrities from Bulgaria have to impersonate iconic music artists of all times. Each contestant has to transform into a different performer, but moreover to master artist’s style of singing, dancing and acting on stage. They are judged by three celebrity judges – two primary ones and a guest.

After the jury's and participants points are awarded, the anchors of the show reveal how the viewers voted and then what is the total score for each contestant. In case of a tie, the jury will choose the winner of the week. The contestant who is at the top of the leaderboard receives a cash prize of 1000 leva, which he has to donate to a charity cause of their choice.

At the end of every show, the 8 participants have to press the “Button of Luck” (Randomiser) to see what will be their next challenge.