TV Show Your Face Sounds Familiar - Bulgaria - S 5
This talent show is being broadcast on Nova TV and continues to have an incredible success across all seasons. 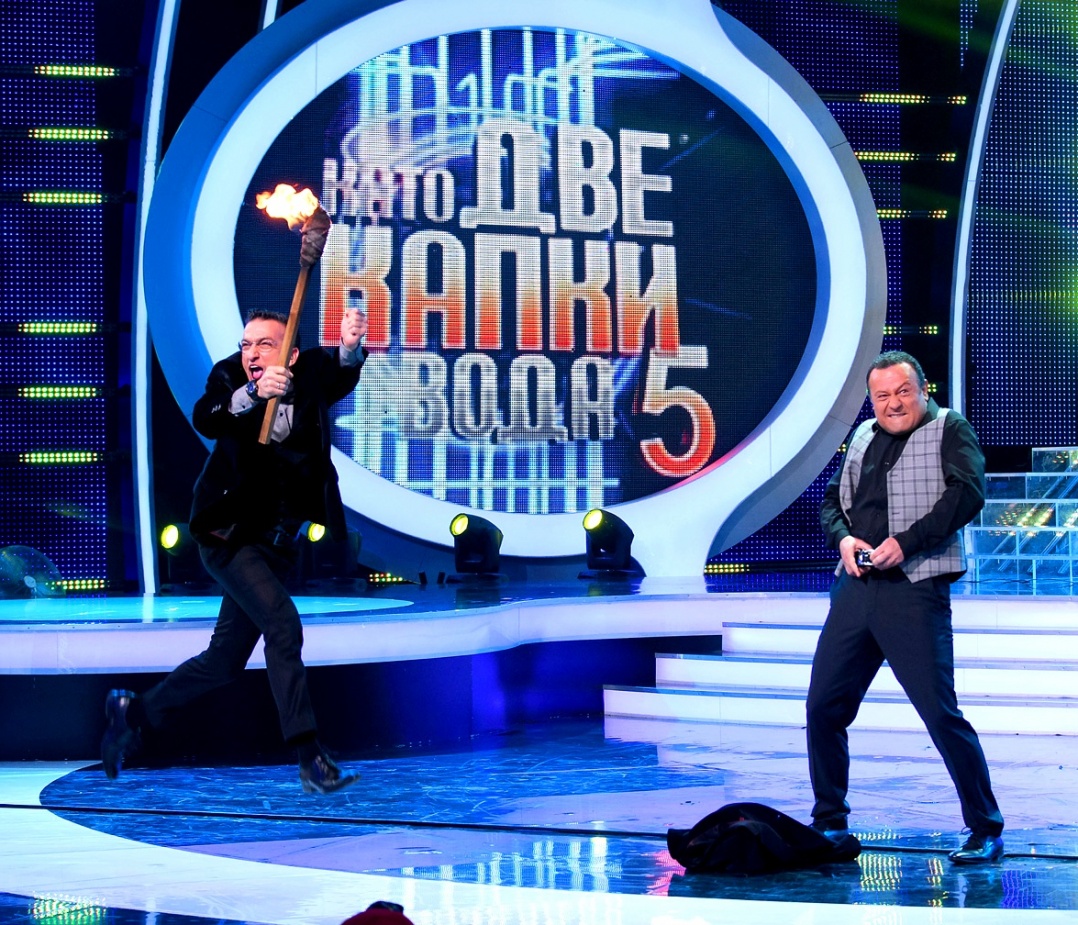 Global Group is the producer of Endemol’s local version of the format Your Face Sounds Familiar (or its local title Like Two Drops of Water). The show is being broadcasted on Nova TV for the fifth season and continues to have incredible success across all demos. It has shown the most amazing transformations of talented Bulgarian artists into iconic music idols of all times. The show is hosted by the top comedian actors Dimitar Rachkov and Vasil Vasilev – Zueka. An absolute favourite to all Bulgarian viewers, the show reaches over 37% average audience share in the past two seasons of 2015 and 2016 in the commercial target of 18 – 49.