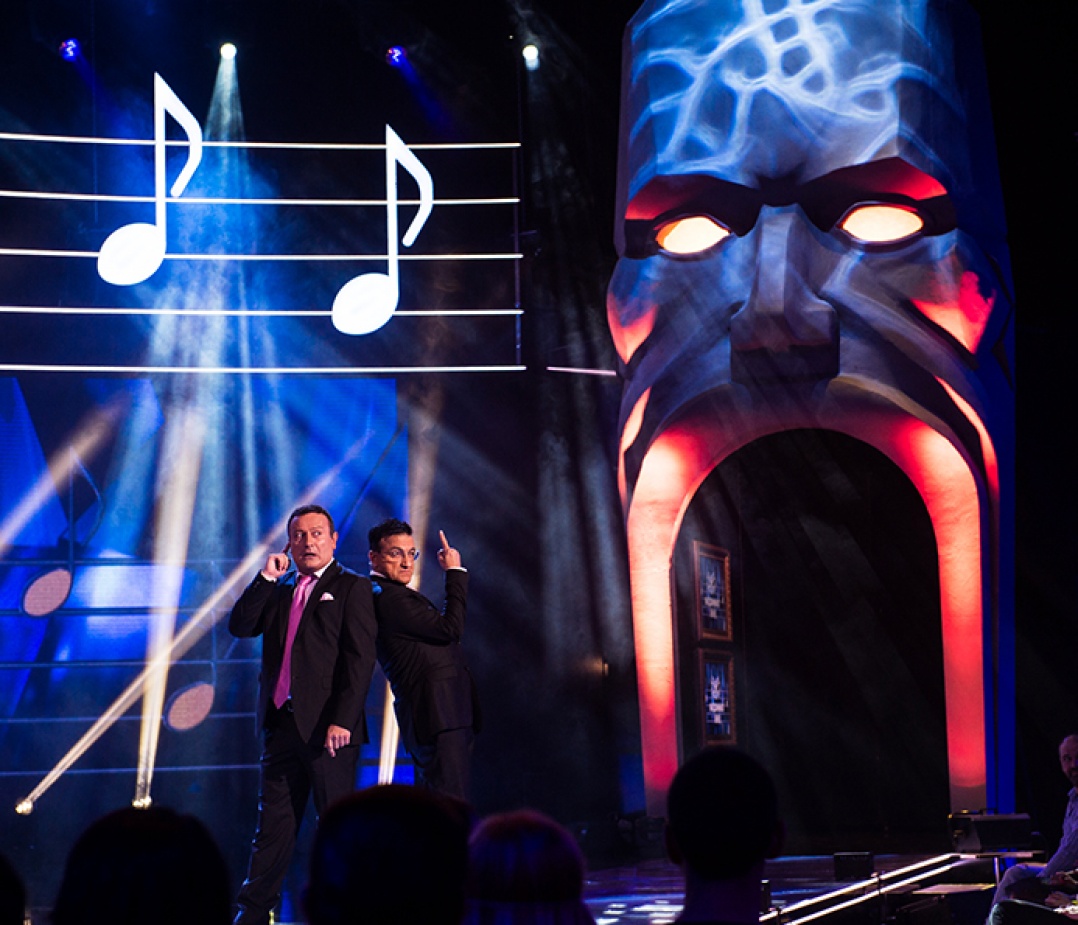 In a spectacular series, 16 Bulgarian celebrities had concealed their identity with masks and costumes, specially prepared by a professional team of talented designers. The participants took on the role of different animals and mystical creatures during each stage appearance, including a raven, a bull, a bee and a mummer. Тhey had an extremely difficult task - not to reveal their true face and to resist all provocations.

Unlike the other three countries where the show is already on air, the Bulgarian version has been broadcast live.

The role of presenters was once again entrusted to the favourite tandem of the audience - Vasil Vasilev-Zueka and Dimitar Rachkov. Another four beloved stars took on the role of "detectives", among whom were the pop-singer Maria Ilieva, the iconic host of the talk show "Coffee" - Gala, the legendary Niki Kanchev and the comedian-actor Gerasim Georgiev-Gero. In each live episode of the show, the popular “detectives” had to trace every detail of the participants’ performance and to discuss each evidence and assumptions about who is behind the mask.

The premiere episode has been aired on September 14, at 8:00 PM and the season finale on December 7, on NOVA TV.